In 2020 'Boot' taken to pieces because I was never really satisfied with the quality of the finish or the basic shape. Most of the brushes have been salvaged as I hoped to repeat this work. The ideas behind it I still think were good.

The original Boot was based upon an Old English Sheep dog and finished in 2016. The basic wooden structure was soaked in Cuprinol 5*, then creosote substitute and painted with an off white oil paint but only scrubbed into the wood to achieve a slightly dirty finish. The Old English Sheep dog was used as the brand mascot for Dulux paints from the 1960's onwards. Used paint brushes were the obvious choice for decoration but genuinely 'used' ones are difficult to acquire as they all get discarded. Local painters and decorators saved them for me and others have been 'distressed'. Ideally I was looking for stiffened household paint brush but a whole range of brushes have been included. Many of the brushes were nailed on loaded up with an off-white paint which was allowed to drip down. All the nails used are galvanized for a whitish appearance. Finally the whole work had paint splashed over it. This is a really friendly dog and still remembered as 'The Dulux Dog.'  The 'Perishers' comic strip apparently ran from 1959 - 2006 in the Daily Mirror and I remember reading it in the 1960's. It was about a group of urban children who went on adventures. Boot always accompanied them and had philosophical thoughts in the form of a speech bubble above his head. He always seemed to have a knowing smile which I have tried to include.   Dimensions H.107cm  W.33cm L.142cm 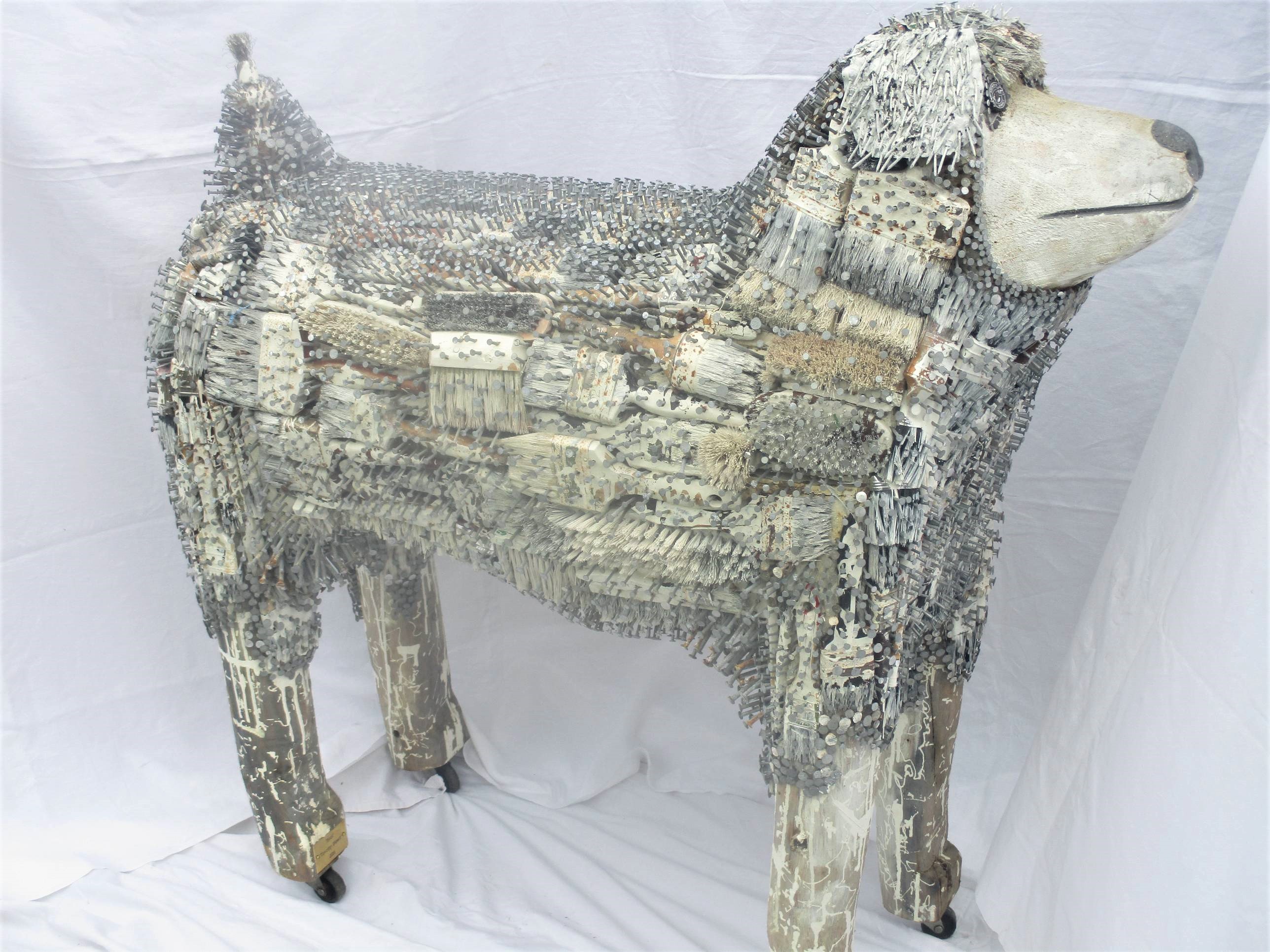