Gnasher was the 2nd dog, again absolutely unique and will not be repeated. The work was made during 2015, the main wooden construction being from reclaimed roofing timbers and roughed out with a reticulating saw before final finishing. His head has been carved from a single block of lime wood. The wood has been treated with an environmentally friendly preservative. Each of my dogs is decorated to reflect their character or at least as I perceive it to be. Gnasher tries hard to look mean but would probably turn and run when faced with real danger. This work is very heavy, probably in excess of 100kg and mounted upon castors to make him easier to move but these as in the other dogs could be removed. Rusty materials have been used because I consider them to have more character. At a rough estimate there are at least 10,000 nails of various shapes and sizes. The final work was sprayed with 3 coats of lacquer to prevent further rusting. Dimensions approx - H.113cm x W.45cm x L.95cm 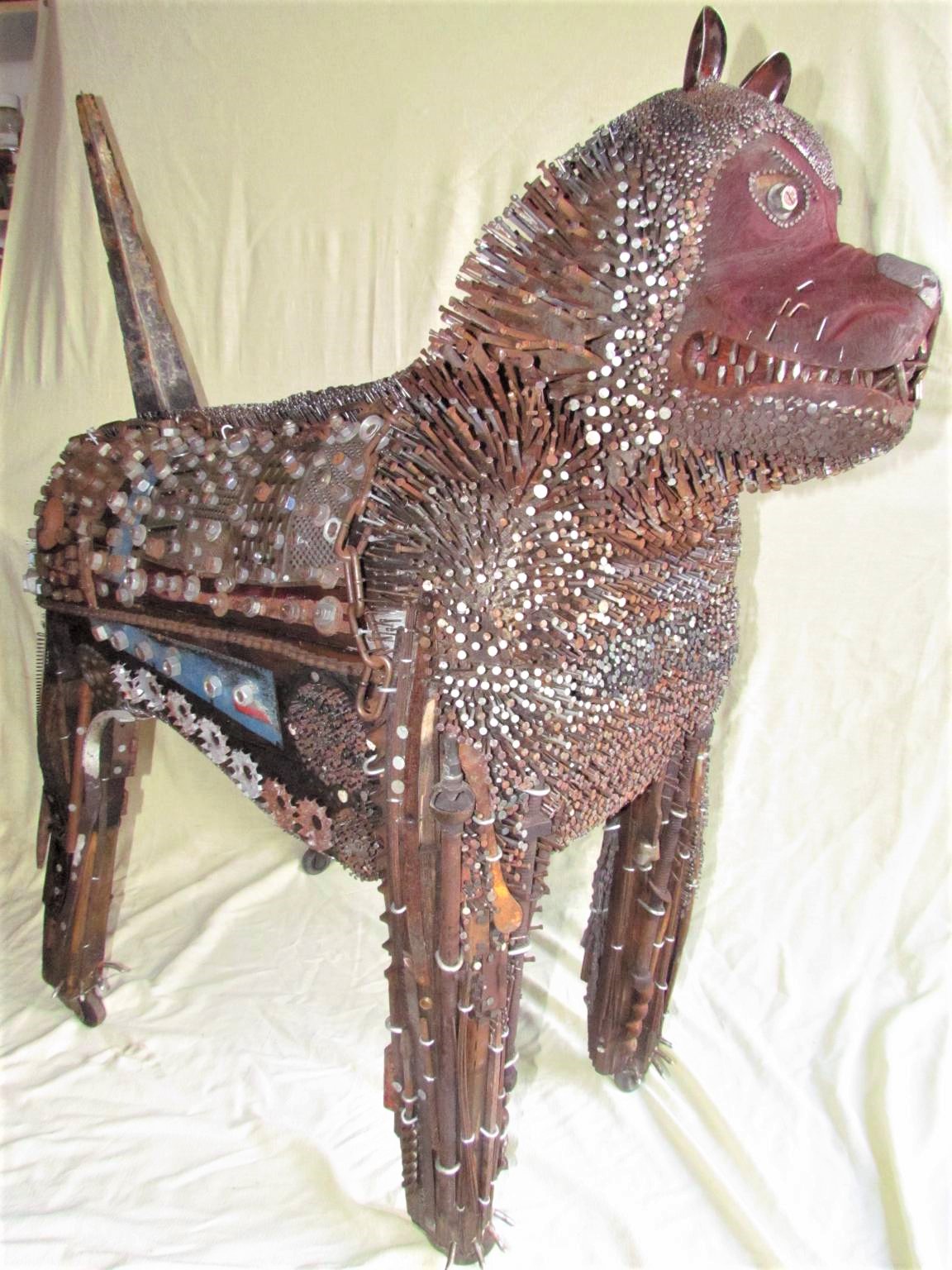 "My name is 'Gnasher' and I belong to 'Dennis the Menace' who apparently rescued me. I am supposed to be an Abyssinian wire-haired Tripe Hound but I have some 'Pit Bull Terrier' in me" 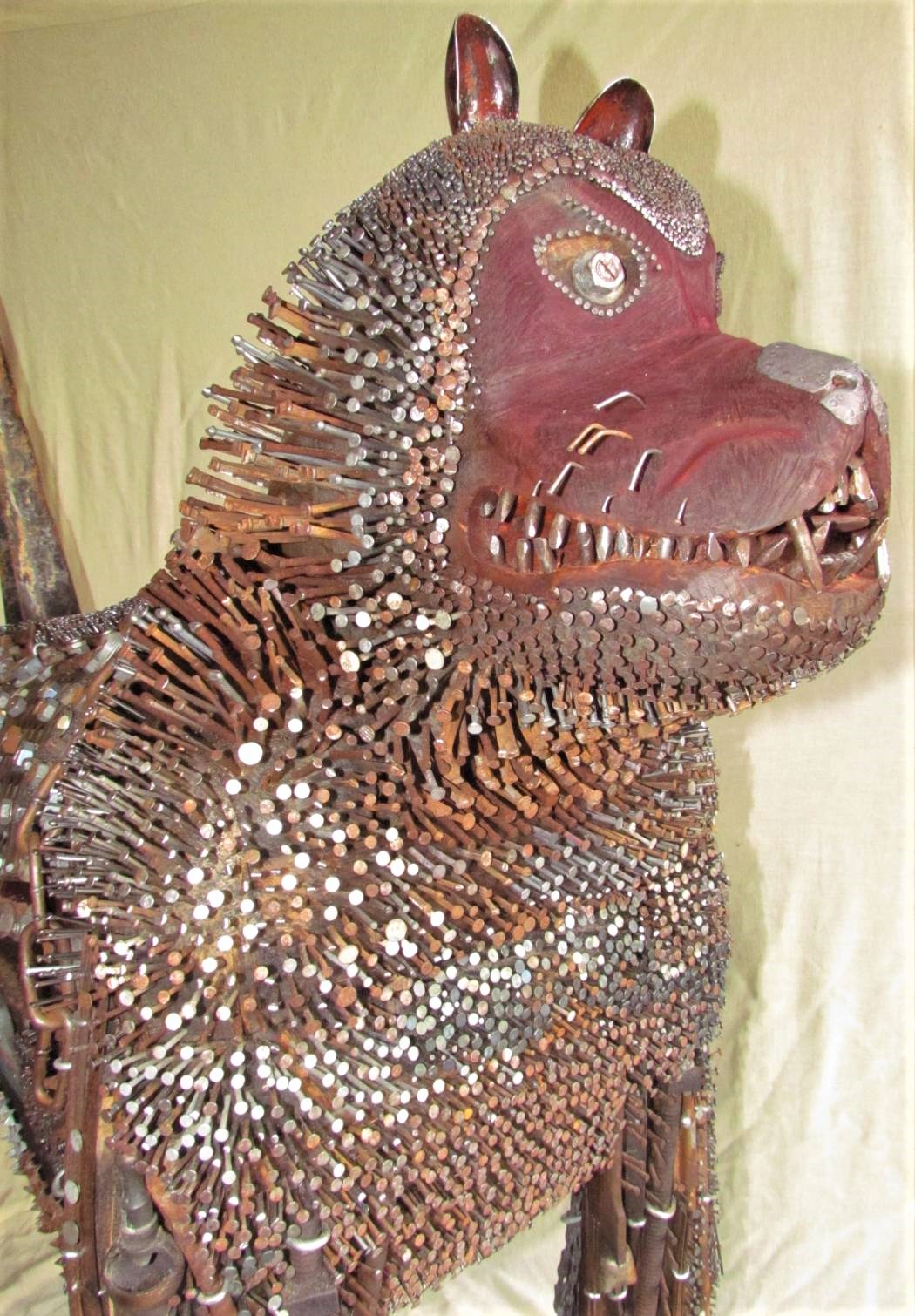 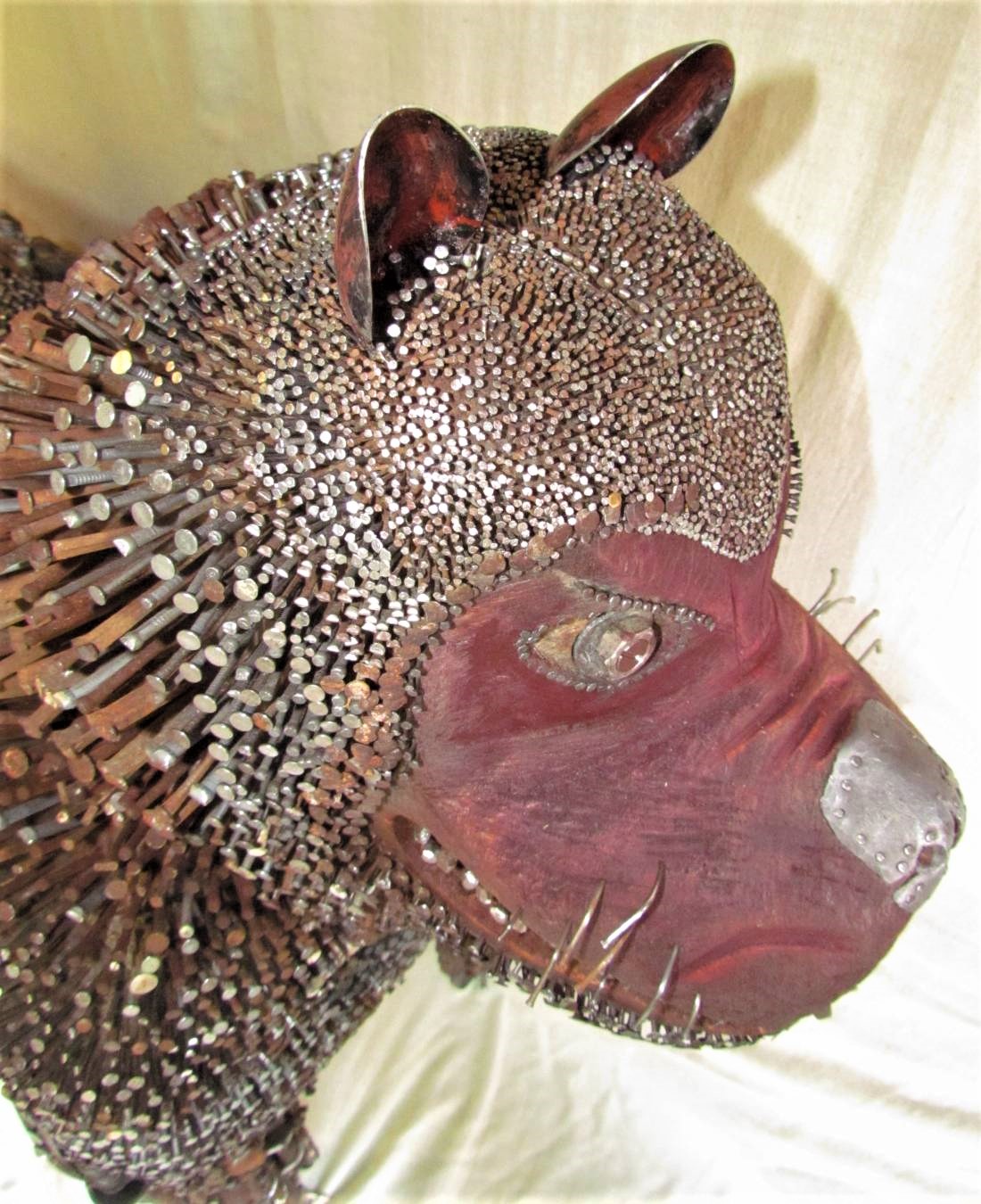 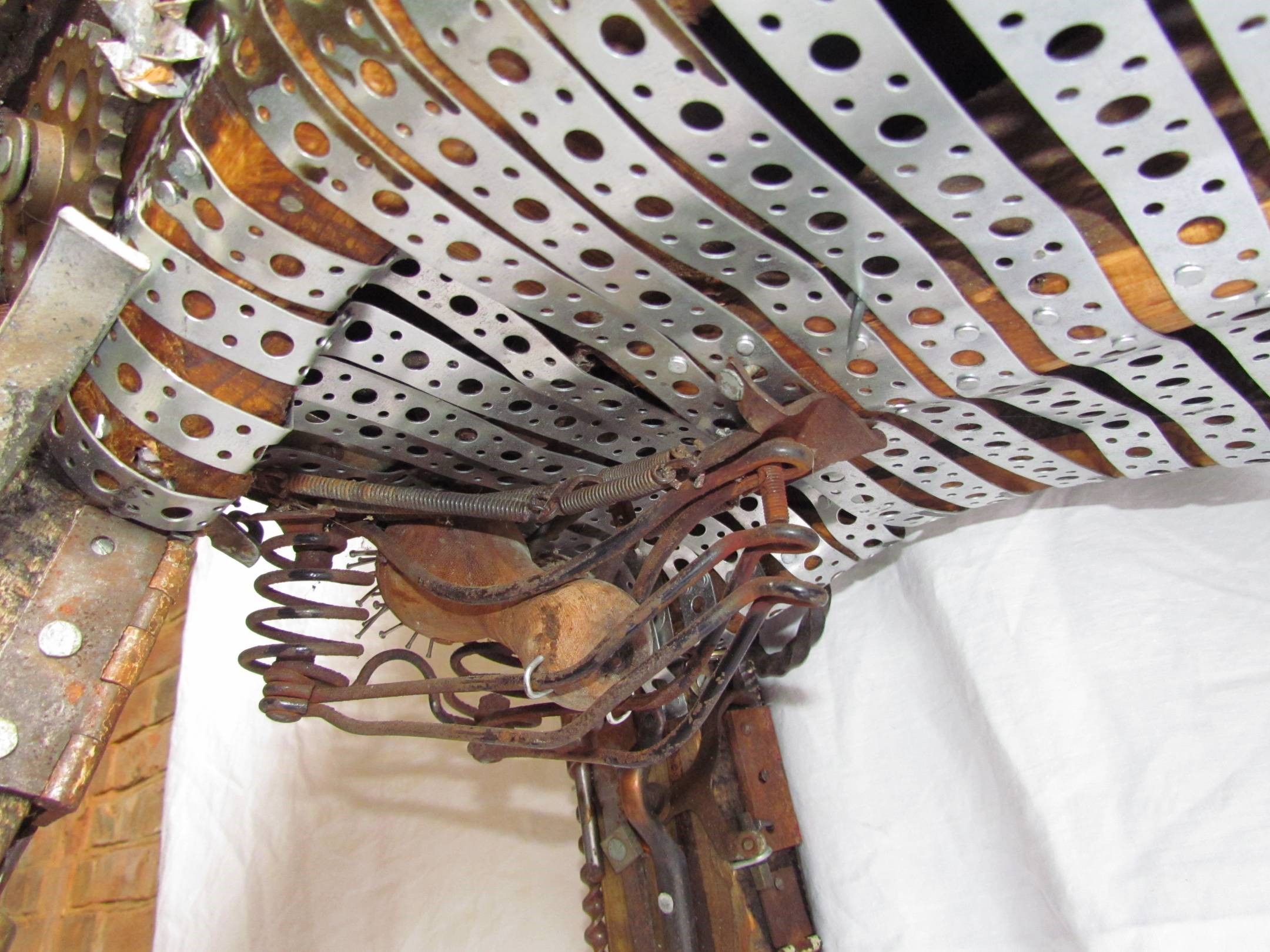 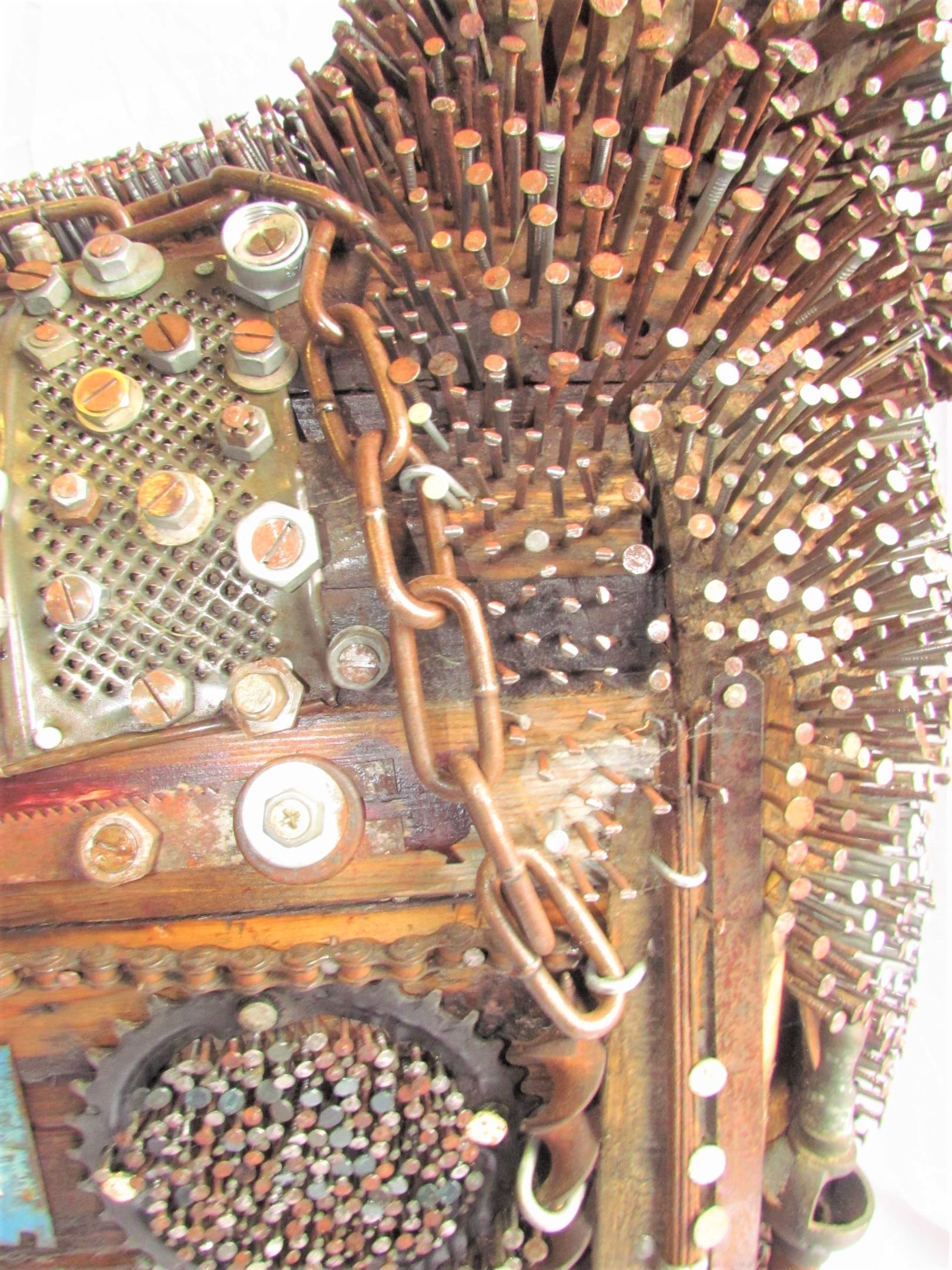