In Turkey Golden Retrievers are a popular dog but unfortunately many are treated badly and abandoned to live on the streets. Dervis was living near the Bodrum Peninsula before being found by an old man who rescues Golden retrievers. Dervis had become ill with a serious parasitic disease and was no longer able to fight for food amongst the stronger dogs. He was nursed back to health and his strength built up over the months until he was fit for adoption. The charity, Happy Paws Turkey, rescues hundreds of dogs and finds them new homes. Dervis was lucky enough to be adopted bty my niece who provides him with a happy and secure life. 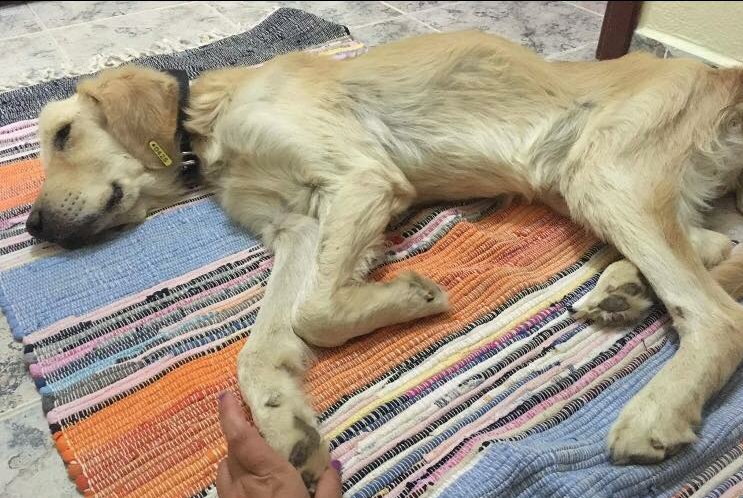 When he was found he was days away from death, literally skin and bones.