'Troy' was the first dog sculpture and made over a period of time in the summer of 2015. It was constructed mainly from scrap wood and the contents of a garage that had not been opened for 50 years. He was initially an experiment that worked out well. As subsequent dogs became more sophisticated and the use of nails to decorate the surface became more important Troy was reworked in 2018 by adding a further 10,000 nails. The tail is hinged for practical and aesthetic reasons. The head was carved from a solid piece of lime wood. The whole sculpture was left out in the rain for a few weeks to further encourage rust, which is seen to have far more character than shiny metal. Dimensions H.114cm x W. 40cm L. 130 (with his tail up)      Home>> 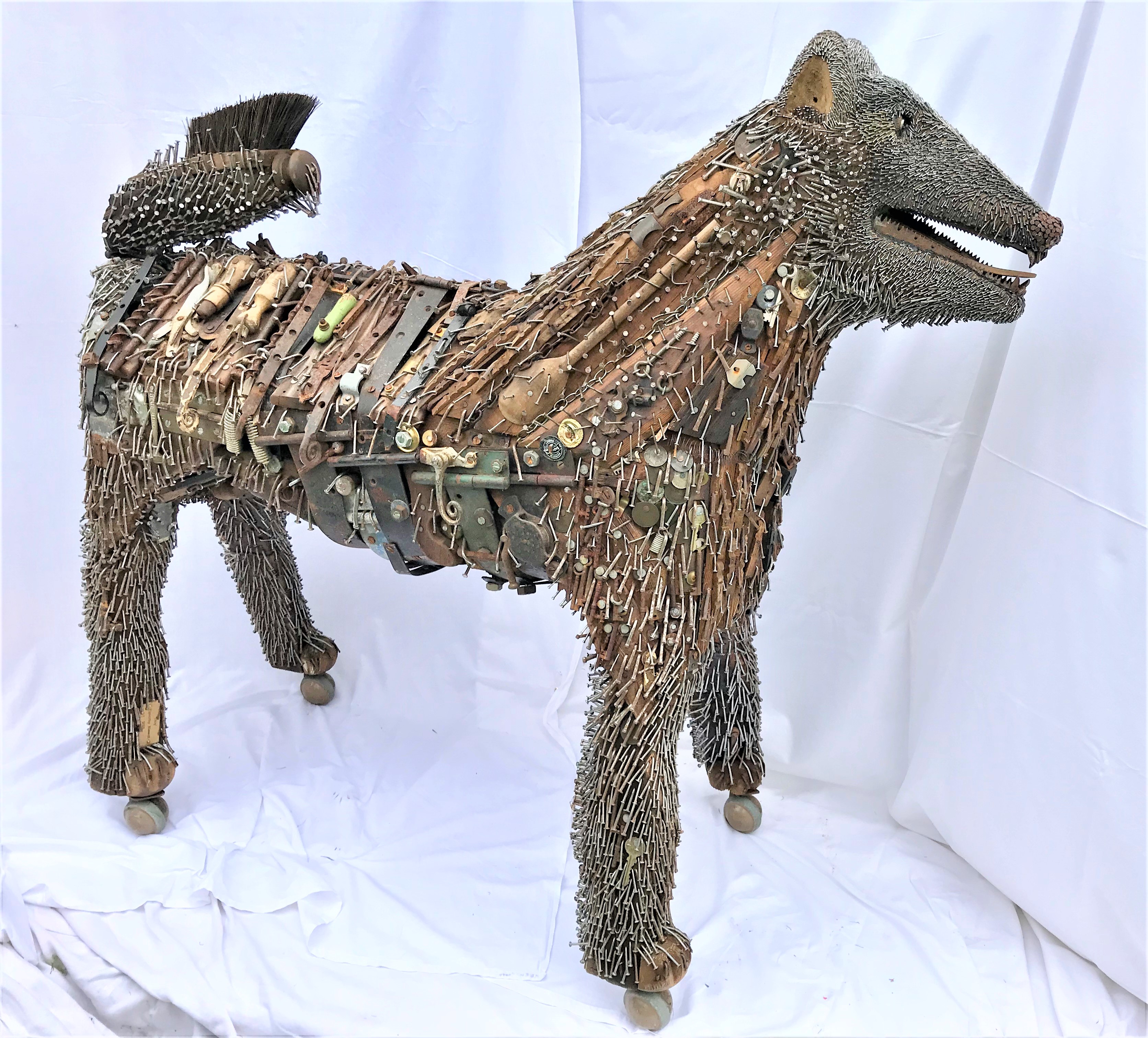 "My name is 'Troy' and I have been made from recycled materials. I am based upon a German Shepherd but with the white wolf in 'The Game of Thrones' in mind" 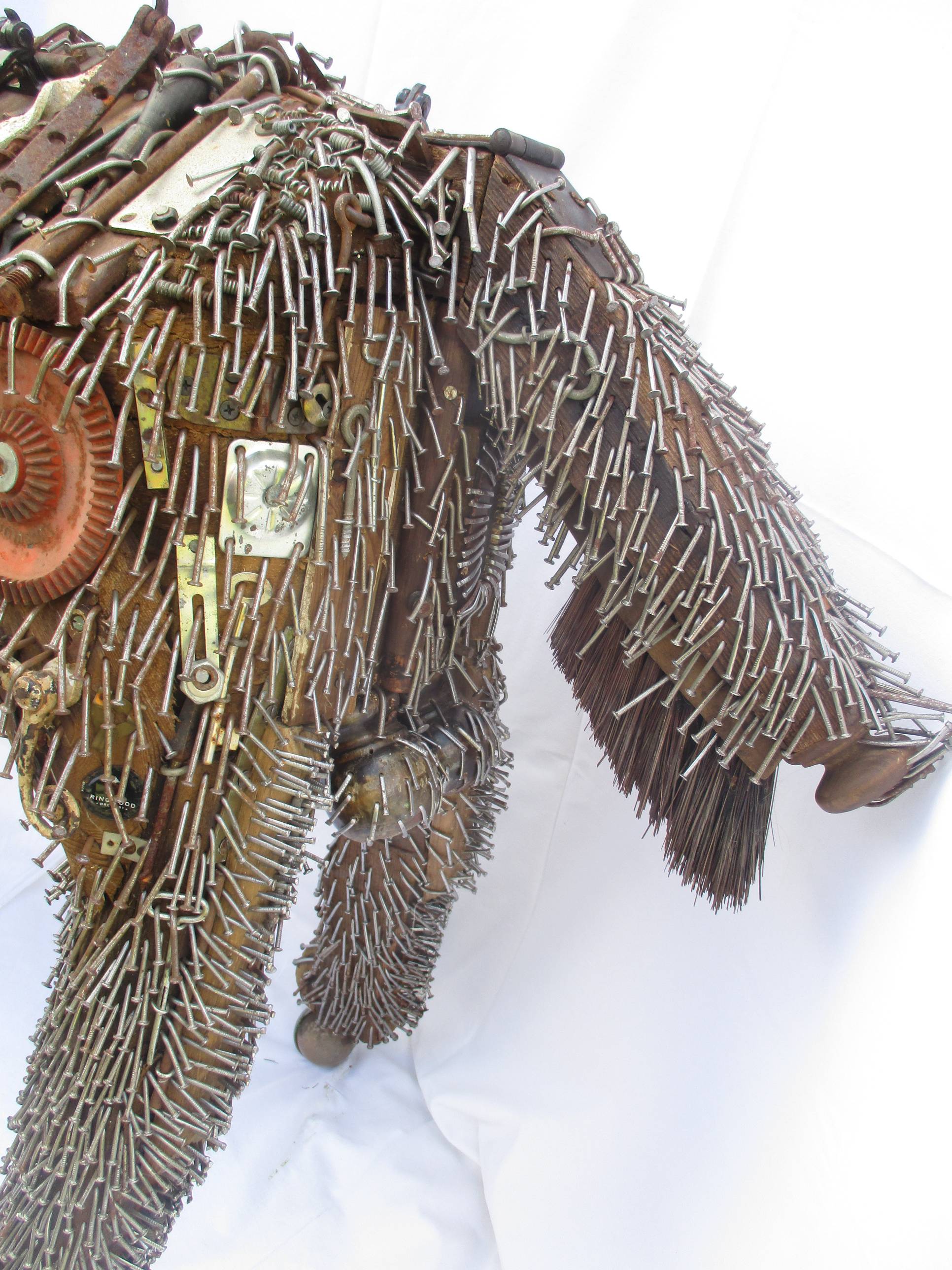 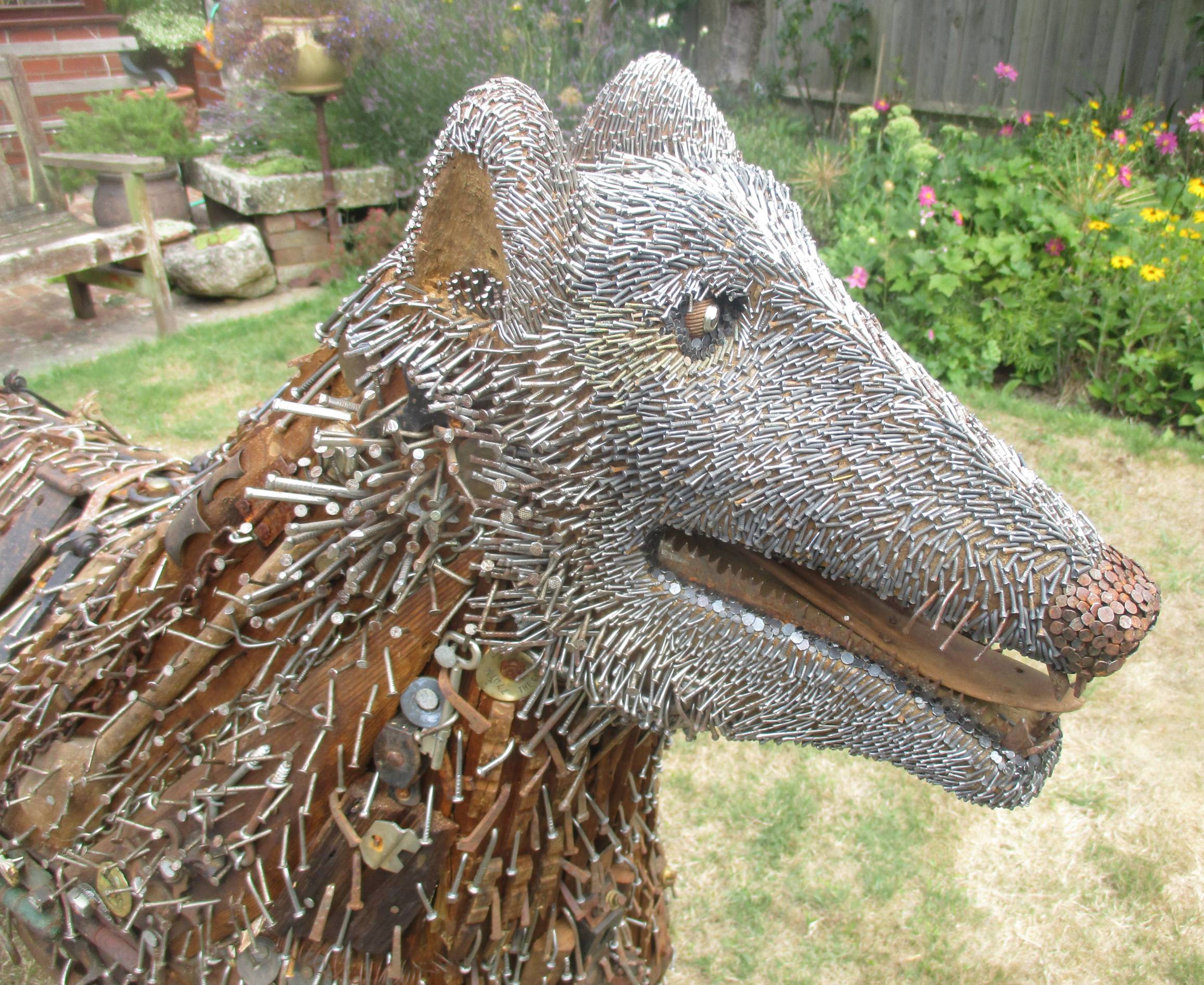 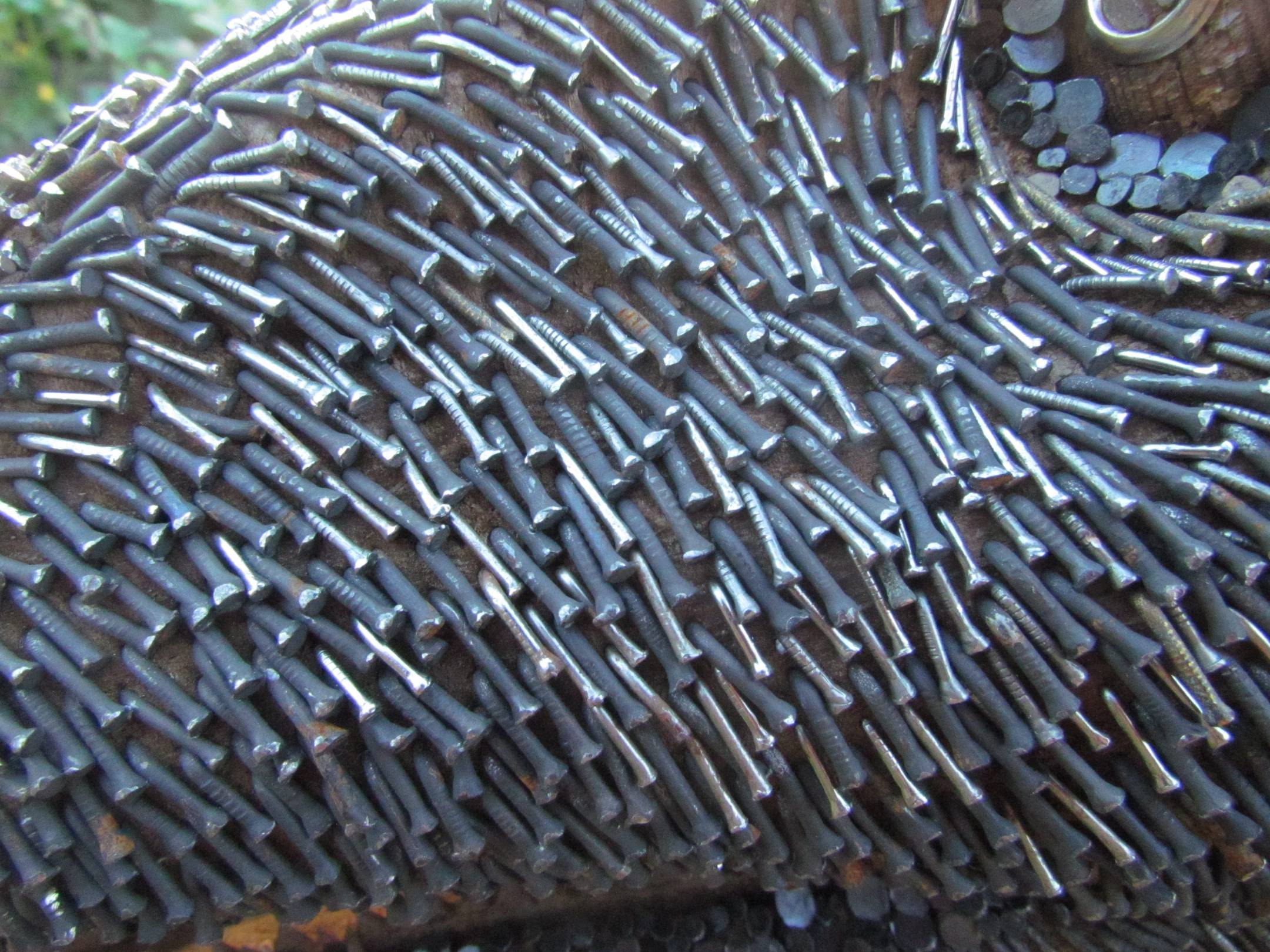 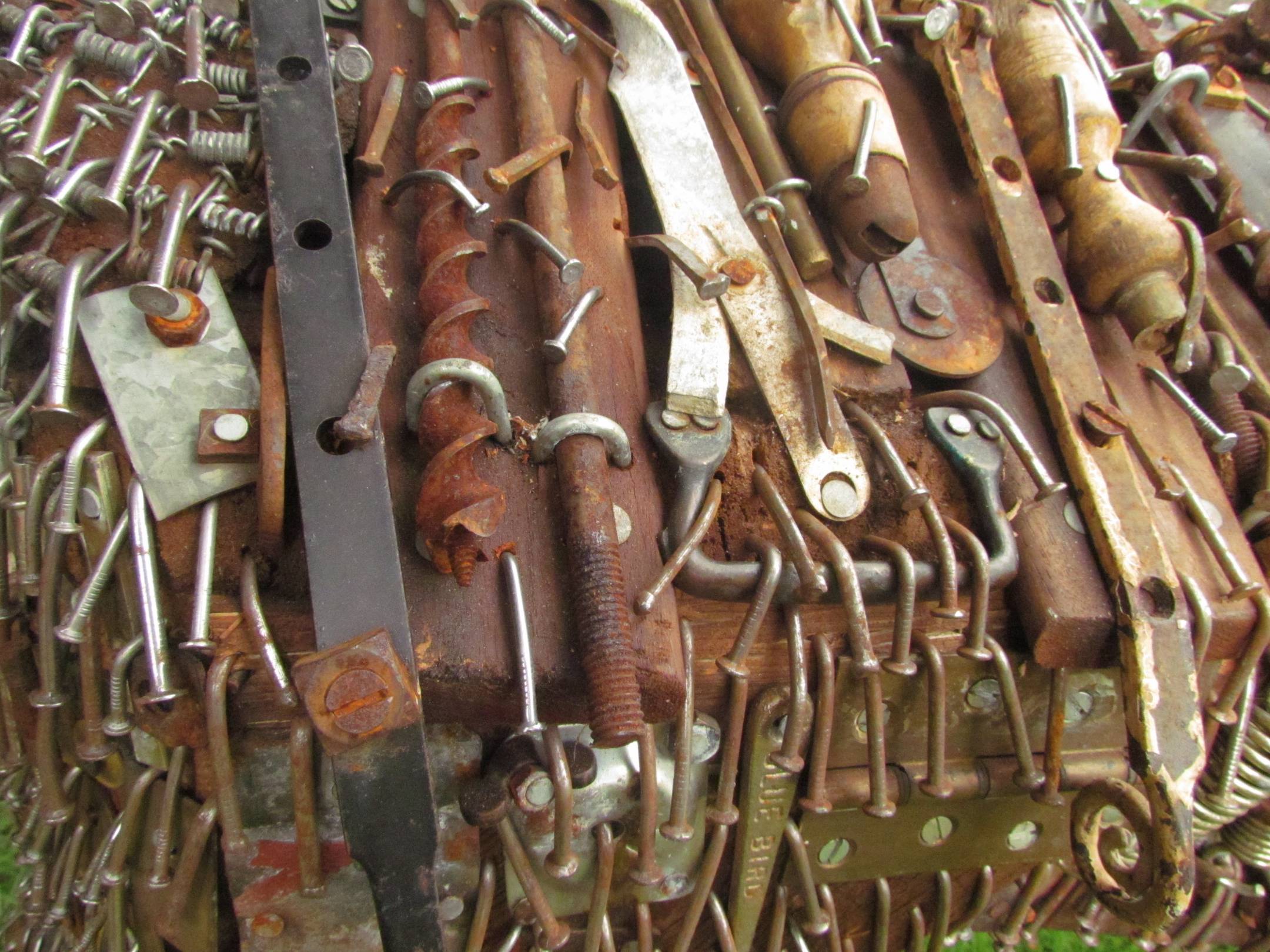 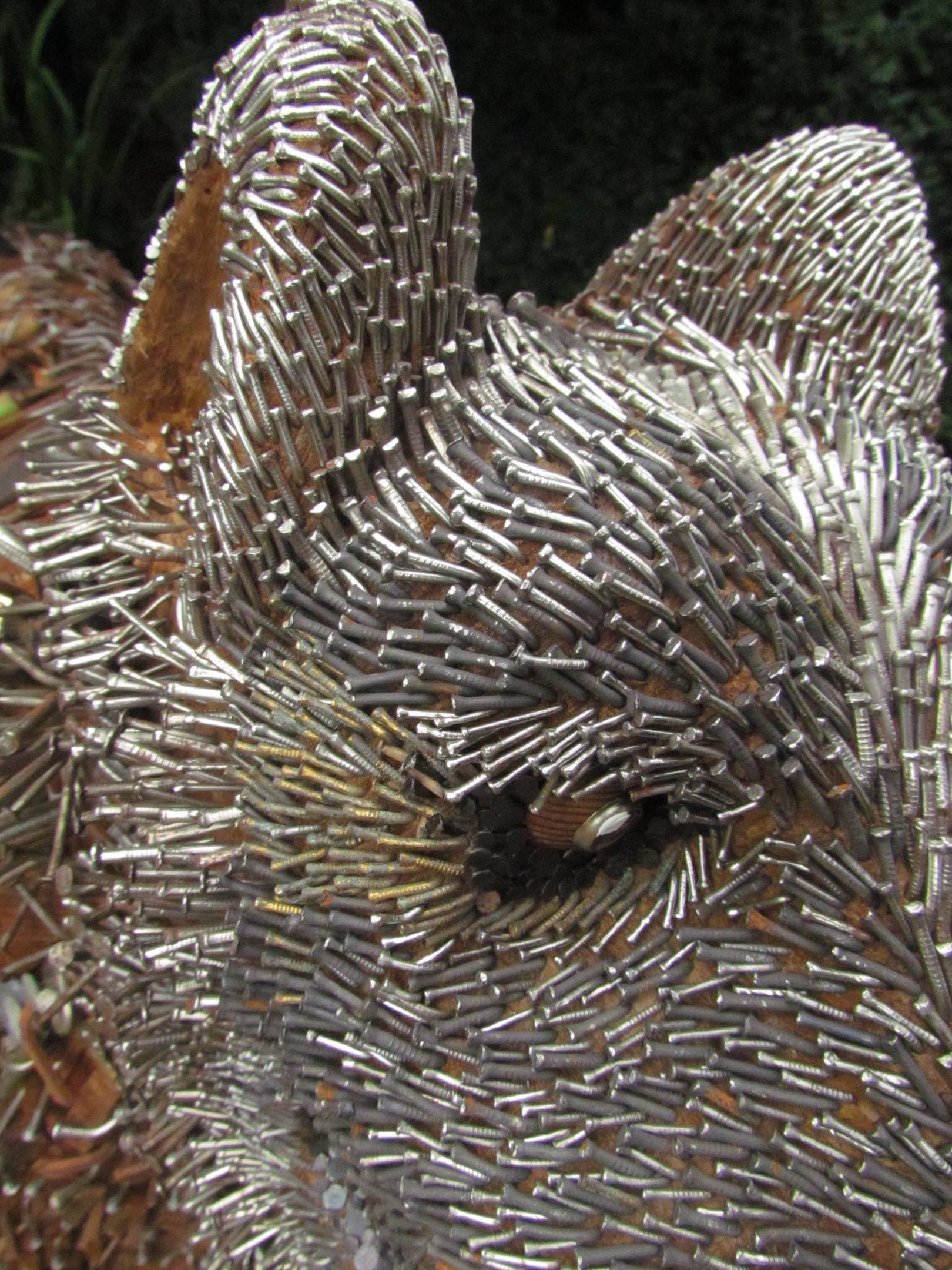 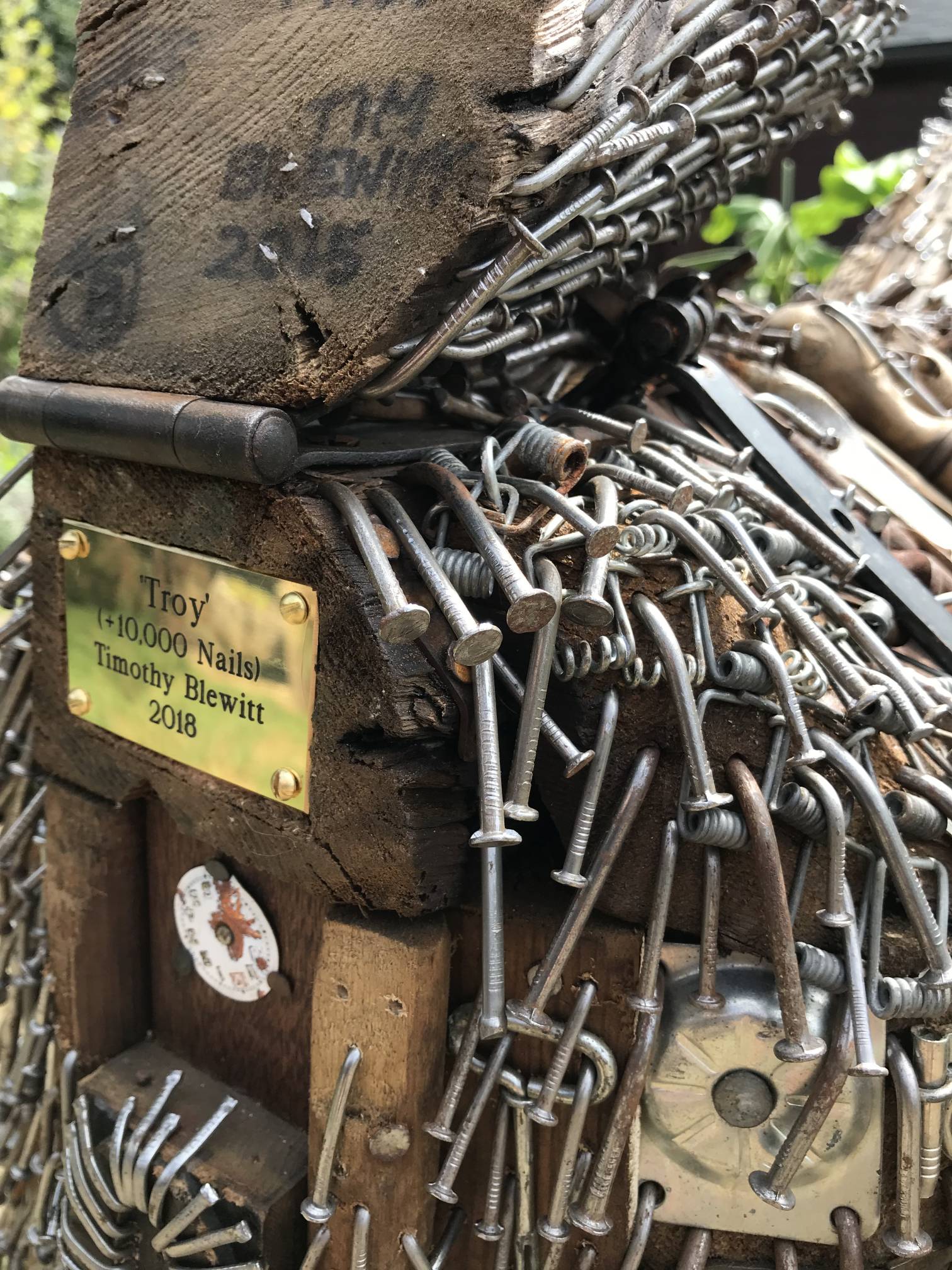 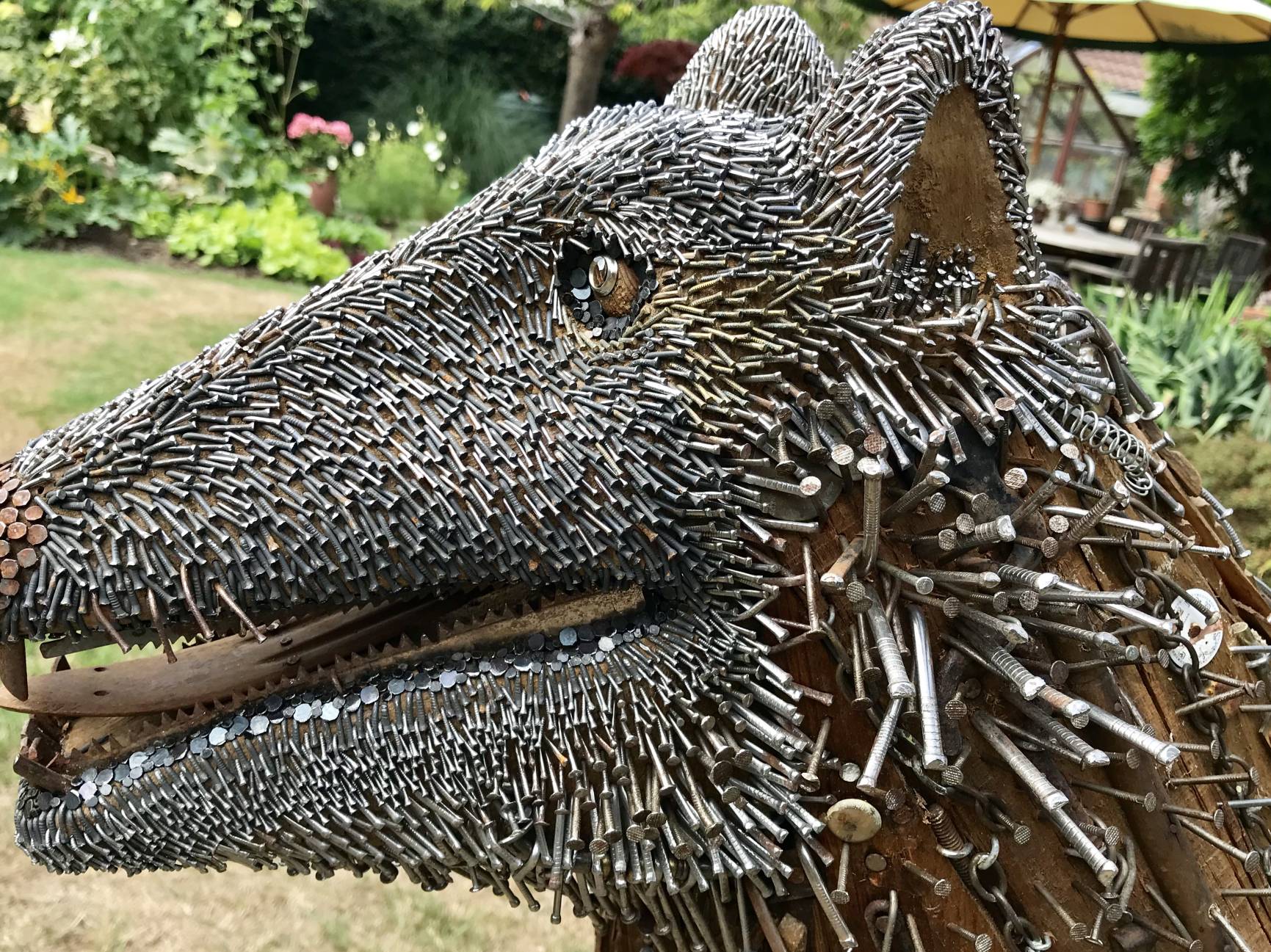 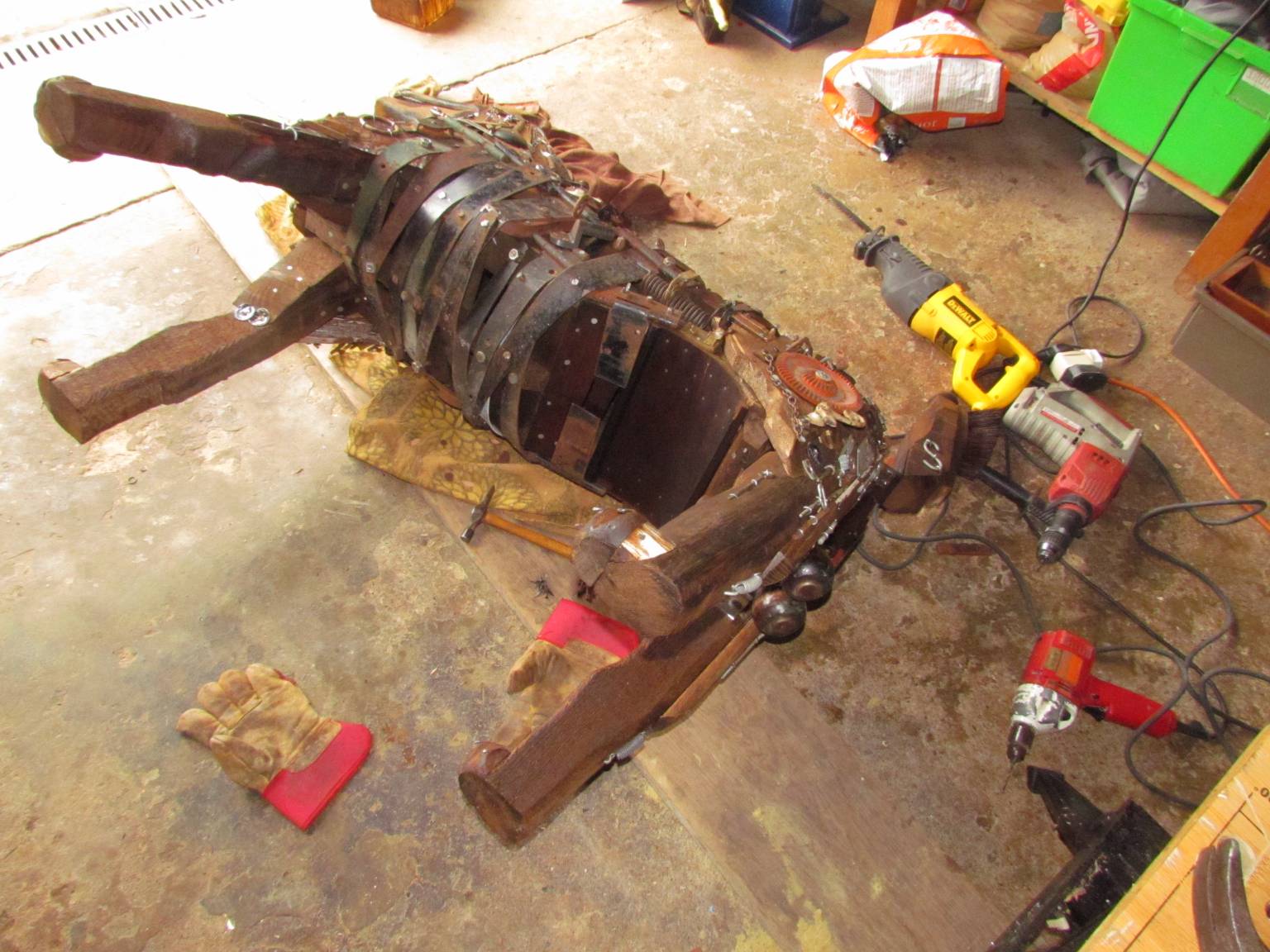 Under construction. During this time a German woman was staying with us who thought it resembled the 'Wooden Horse of Troy'